Is buckwheat gluten free? Has this question crossed your mind as well? Read on to find out more about this ancient pseudo cereal and learn how to cook it in under 15 minutes.

Until as recently as a couple of years ago, buckwheat, for me, was just another ingredient in the world of cooking. I had read and heard people say how good it is for health, but did not care to find out much about it as I was (and still am) a die-hard fan of rice (this jeera rice is my ultimate comfort food!) and wheat (especially these vegan tortillas) and simply did not feel the need to explore further.

About last year, it became clear to me (by maintaining a detailed food diary) that I am sensitive to gluten. I was in denial of it for some months and continued, quite stubbornly, to ignore the bloating and brain fog. I just could not imagine giving up wheat! The very thought of never being able to eat a piece of toast or roti (flatbread) made me so sad (yeah, I was that dramatic!).

My gluten intolerance was being equally stubborn and became more assertive - in addition to the brain fog and bloating, I now was getting frequent headaches and loose stools (which had never happened to me before!). It was time to take it seriously and think with an open mind.

When I did that - took my gluten sensitivity/intolerance seriously and thought with an open mind - the wonderful world of gluten-free grains and cereals opened up for me! Millets, quinoa, amaranth, oats, corn, rice (my favorite!), and buckwheat.

So my first question to family, friends, and well-wishers who suggested buckwheat as one of the alternatives to wheat was: what is buckwheat? if not another type of wheat?! It has, after all, the word "wheat" embedded it in for goodness sake!

I could not have been more wrong!

As counterintuitive as it may sound, buckwheat is anything but wheat!

In fact, it is not even a grain, nor is it a seed! (unbelievable, right?!)

Buckwheat groats (the hulled seeds of the buckwheat plant), at first look, remind me of steel-cut oats, only slightly bigger. Upon reading up a bit more, I learned that the uniquely triangle-shaped groats are called buckwheat because of their resemblance to the larger beech tree seeds and also because of the fact that since ancient times, buckwheat has been used as a wheat substitute.

Buckwheat is related to leafy vegetables like rhubarb and sorrel (what!!). It is naturally gluten free and is not even a grain! This pseudo-cereal is safe for people on a gluten-free diet and perfect for those who want to follow a grain-free lifestyle.

For centuries (evidence has been found almost 5000 years back) buckwheat has been cultivated as a crop in the Himalayan regions of Tibet, China, and India.

China: Considered a superfood, buckwheat is a staple in Chinese cuisine and is consumed in the form of noodles or as porridge.

Japan: If you have been in the realm of gluten-free, grain-free food, it is highly unlikely that you have not heard of the famed soba noodles of Japan. These noodles are made from buckwheat flour and used in various hot and cold dishes.

India: Buckwheat flour has been part of Indian cuisine for centuries and is mainly consumed during fasting. The general rule of fasting is that grains (wheat, rice, and millet) are not on the menu. This is when grain-free flours such as kuttu (buckwheat in Hindi), rajgira (amaranth), singhara (water chestnut), and sabudana (tapioca pearls) replace grains in dishes such as cheela (pancakes), roti (flatbread) and puri (deep fried flatbread). I love having these gluten free naan on days when I want a gluten and grain-free meal.

Europe: From the Himalayan regions buckwheat traveled west all the way to Europe. While Eastern Europeans enjoy kasha (buckwheat groats) in porridge, stews, pilafs, and blinis, the French make crepes and galettes.

Buckwheat, the main ingredient of many traditional dishes across Asia and Europe, is truly a global superstar!

When buying buckwheat noodles, pasta, or pancake mix, do bear in mind that many of them have wheat flour mixed in them to some measure. Look specifically for the gluten-free label. Cooking with pure buckwheat flour can be quite tricky and so when having a buckwheat-based dish in a restaurant or at a friend's place, make sure to check that there is no wheat flour mixed in it.

This earthy-flavored pseudo-cereal packs a lot of punch with its every (no) grain! A rich source of protein, dietary fiber, and iron, buckwheat is a terrific energy source!

Just to put this in perspective: One serving of cooked whole-grain buckwheat has, approximately, 110 calories, 2 grams of fiber, and 2 grams of protein. Not only is buckwheat a good source of protein, but it is also a complete protein i.e. it contains all 9 of the essential amino acids. (whoa!)

Research shows that buckwheat is more satiating than grains and it has pre-biotics that aid in digestive health.

How to cook buckwheat?

When you look at buckwheat groats, you might think that they will take a long time to cook (that is what I thought too!)

Surprisingly, buckwheat cooks fast! 10 - 12 minutes is all it takes to cook the groats. Yes, really! That is how easy it is to cook!

Here is how I cook buckwheat (also see the video below):

Check the recipe card for quantities.

2. When the water comes to a rolling boil, add ½ cup of buckwheat groats.

I use pre-cleaned groats and therefore add them to the water without washing them. If your groats are not pre-cleaned, rinse and drain them first.

You will know that the buckwheat is cooked when the grain looks "opaque" and it is beginning to split at the ends. When you pick one grain with your fingers (be careful when doing this as it will be hot), it will crush easily between your fingers.

4. At 10 - 12 minutes, the groats will be cooked soft and still have a crunch to them (al dente). If you want them softer and mushier, cook them for 2-3 minutes more.

5. Drain all the water away. The buckwheat groats are ready for you to serve. (see serving suggestions below)

Whether you use it in your dishes as groats or flour, there is no doubt that buckwheat is a versatile ingredient.

These grain-free meals have been hugely appreciated on my Instagram page. If you make these, use the hashtag #grainfreemonday and share them on Instagram. I will be so happy to see your creations!

Is buckwheat safe for celiac?

Although it has the word "wheat" in it, buckwheat is naturally gluten-free and therefore safe for people with celiac disease or gluten intolerance. Buckwheat is not even a grain, it is, like quinoa, a pseudo-cereal.

Is buckwheat OK for wheat allergy?

Yes! Buckwheat is not related to wheat and is naturally gluten-free. It is therefore safe for people with a wheat allergy.

I hope that I have answered your question - is buckwheat gluten free - to your satisfaction? If you have enjoyed reading this and found it useful, please take a moment to leave a comment and /or a rating below. This will make me super happy and motivate me to create more good content for you! xx Padma 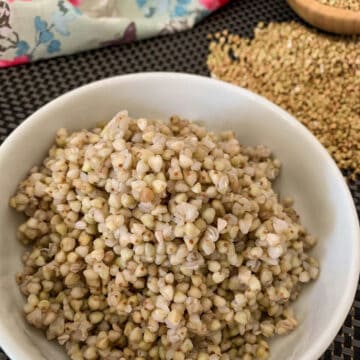 Padma Kumar
Is buckwheat gluten free? this question was on my mind until I learnt that buckwheat is naturally gluten free. Learn to cook buckwheat groats with me in under 15 minutes and enjoy it as part of a gluten free, grain free meal.
4 from 2 votes
Print Recipe Pin Recipe Share by Email
Cook Time 15 mins
Total Time 15 mins
Course Side Dish
Cuisine Indian
Servings 2 servings
Calories 101 kcal

Yield: This quantity of cooked groats will be sufficient for two people.  To wash the groats or not?: I use pre-cleaned groats and therefore add them to the water without washing. If your groats are not pre-cleaned, rinse and drain them first.   How to tell if the groats are cooked: You will know that the buckwheat is cooked when the grain looks "opaque" and it is beginning to split at the ends. When you pick one grain with your fingers (be careful when doing this as it will be hot), it will crush easily between your fingers. Serving suggestion: The groats are ready to be served as is as part of your main meal. See the section above on how I have these as part of a grain-free meal.

Note: The nutrition information is based on available ingredients and preparation. It should not be considered a substitute for a professional nutritionist’s advice.

Search for a dish or ingredient

Hi, I'm Padma! I am a passionate cook and can cook through any mood! My cooking is all about simple, healthy meals made with fresh ingredients and with a lot of love. As a mum and an early childhood educator, I deeply care about raising healthy eaters.

Here is a free eCookbook with 10 recipes that you will love!

Sign up to our newsletter to receive the eCookbook and be the first to read recipes that are published.

Please check your inbox for a mail from us.

You need to confirm your email address. If you cannot find our mail in your inbox, do check your spam box - it may have landed there! 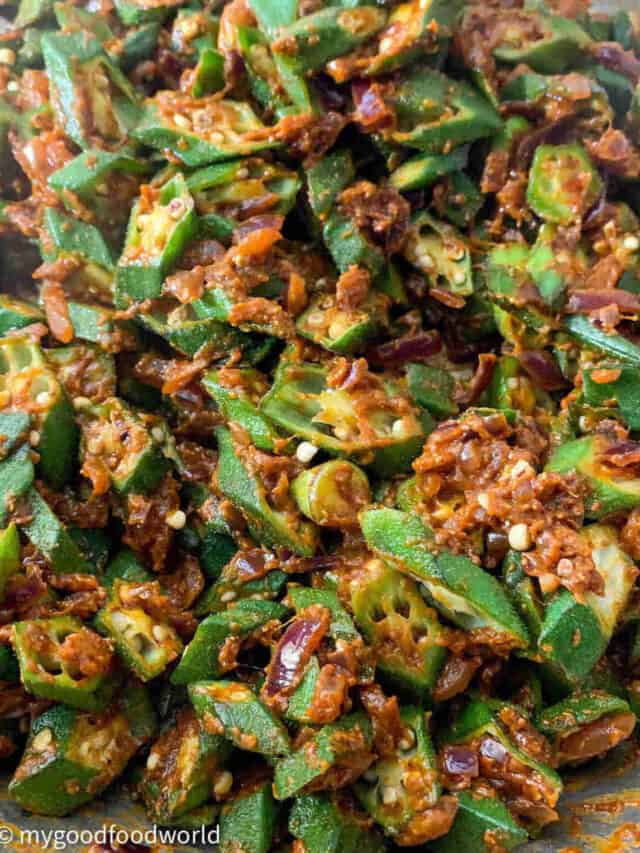 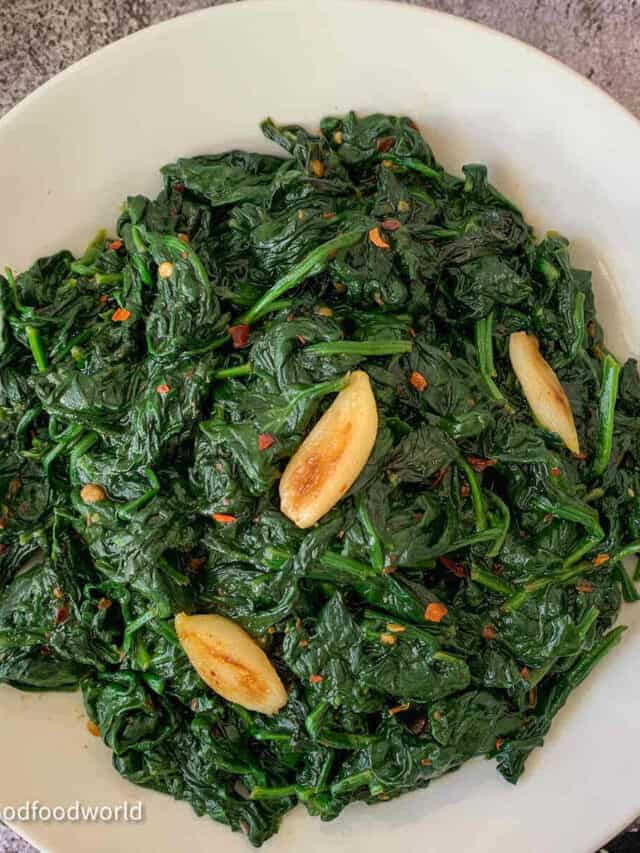 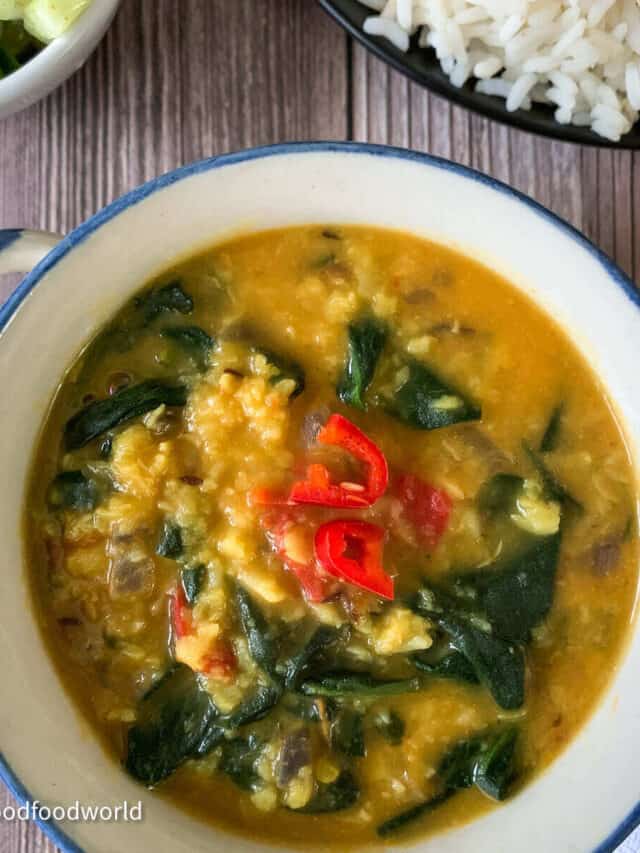 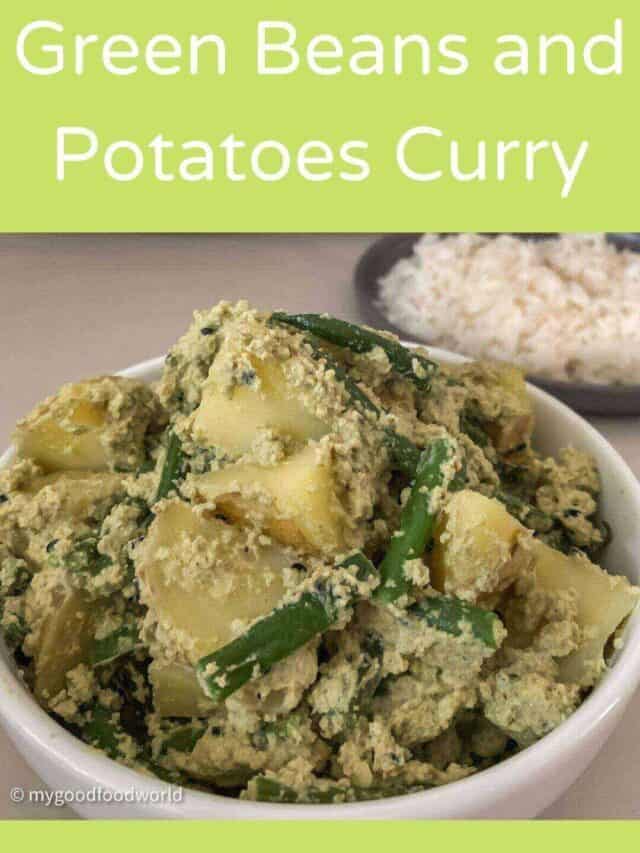 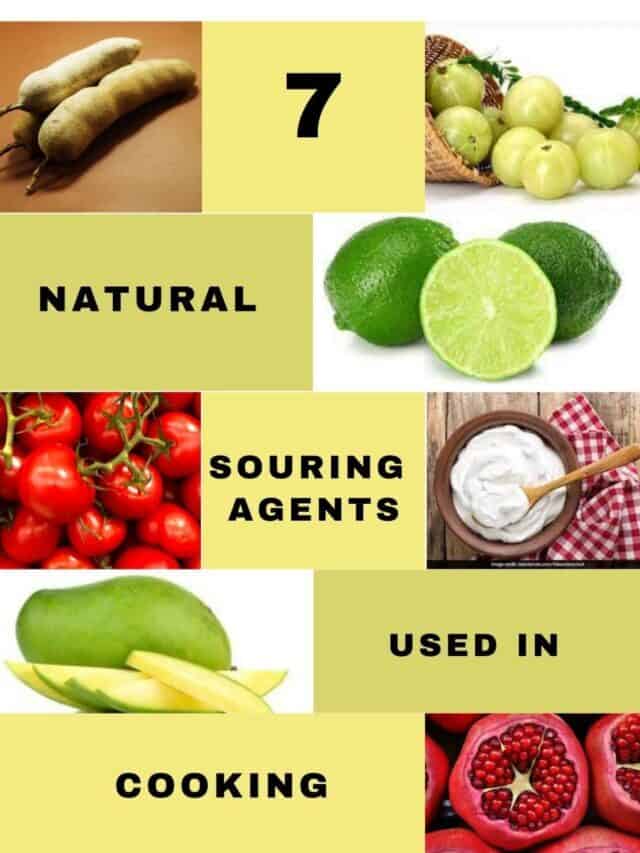 7 Natural Substitutes for Vinegar in cooking 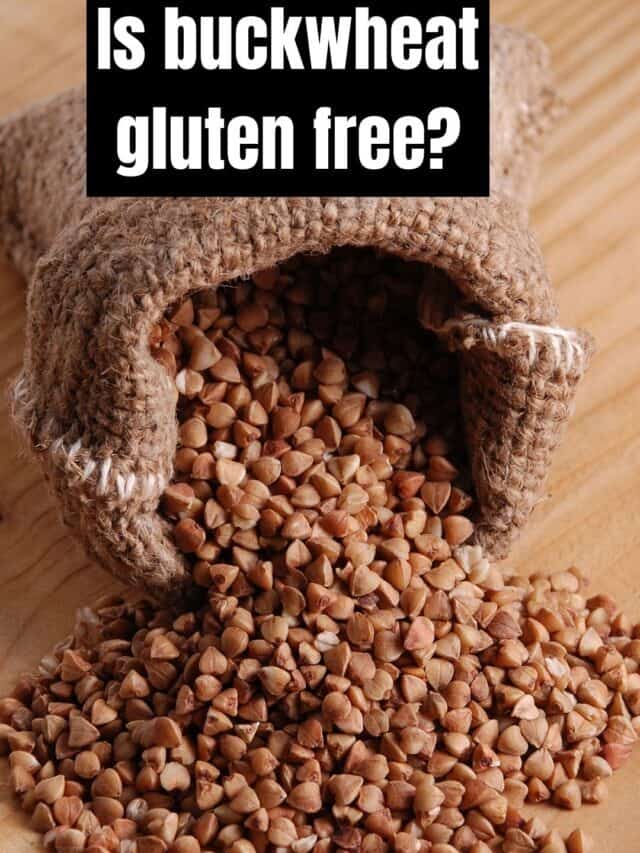 Connect with me on Social Media

We use cookies on our website to give you the most relevant experience by remembering your preferences and repeat visits. By clicking “Accept”, you consent to the use of ALL the cookies.
.
Cookie settingsACCEPT
Manage consent

This website uses cookies to improve your experience while you navigate through the website. Out of these, the cookies that are categorized as necessary are stored on your browser as they are essential for the working of basic functionalities of the website. We also use third-party cookies that help us analyze and understand how you use this website. These cookies will be stored in your browser only with your consent. You also have the option to opt-out of these cookies. But opting out of some of these cookies may affect your browsing experience.
Necessary Always Enabled
Necessary cookies are absolutely essential for the website to function properly. These cookies ensure basic functionalities and security features of the website, anonymously.
Functional
Functional cookies help to perform certain functionalities like sharing the content of the website on social media platforms, collect feedbacks, and other third-party features.
Performance
Performance cookies are used to understand and analyze the key performance indexes of the website which helps in delivering a better user experience for the visitors.
Analytics
Analytical cookies are used to understand how visitors interact with the website. These cookies help provide information on metrics the number of visitors, bounce rate, traffic source, etc.
Advertisement
Advertisement cookies are used to provide visitors with relevant ads and marketing campaigns. These cookies track visitors across websites and collect information to provide customized ads.
Others
Other uncategorized cookies are those that are being analyzed and have not been classified into a category as yet.
SAVE & ACCEPT